The shifts in the market make 2021 unpredictable, the CEO says- Sea Intelligence 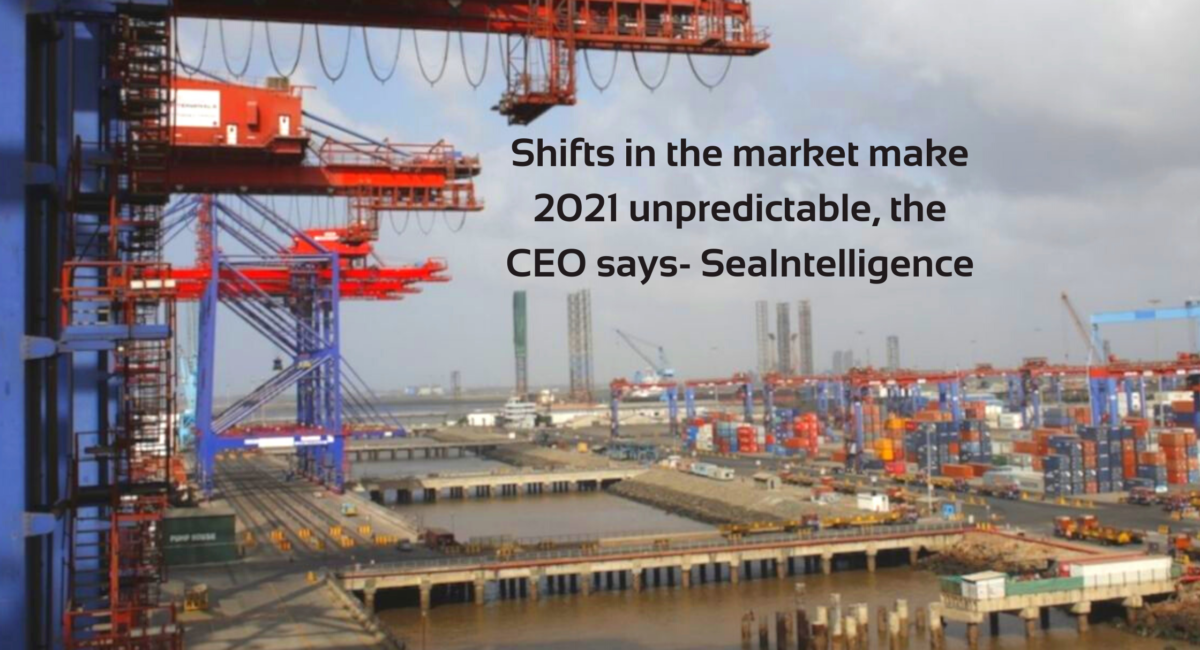 The transition was not due to the COVID-19 pandemic but to the response of the carriers.

This was the perspective taken from the webinar “Container Shipping Outlook: Analysis of the Trans-Pacífic” from JOC and the IHS Markets, by Alan Murphy, Founder and CEO Sea Intelligence.

The webinar, conducted on 4 February 2021, discussed the success of the industry in 2020 and the fundamental causes for congestion in US West Coast ports.

Murphy also pointed out that the impact on capacity in 2021 may be almost difficult to forecast, considering the extreme uncertainties after the outbreak of the pandemic in the industry.

While there was a drop in the volume at the outset of this pandemic, carriers were able to sustain high freight prices by slashing services, also known as void carriage services.

This, according to Murphy, showed that after a decade of oversupply, carriers had learned their lesson and were able to extract services to balance supply and demand.

They did not respond as if the recession were a market issue and lowered freight prices, but they treated it as if it were a matter of oversupply and cut services instead.

This has helped many of the world’s largest carriers to retain healthy profits, even though demand dropped, but although blank sailing persisted, the new phenomenon encountered by certain US ports is more of a bottleneck on the US West Coast.

Is demand so high?

The container shipping industry has seen a major rise in demand after slumping sharply at the end of 2019 and early months of 2020, as China has revived exports.

In November and December 2020, this triggered volume and cargo handling movement records at several US West Coast ports and has also indicated congestion as carriers use any vessel in their fleets to clear the backlog and fulfill increasing orders.

“In the last 10 years, supply on east-west trade lanes far exceeds anything,” Murphy said. The rush to move goods across the Pacific, he explained, was entirely motivated by market demand in North America, particularly the US.

This, in essence, induces production, availability, and blank sailings to rise in unusual business demand all at the same time.

The backlog at ports on the US West Coast is so high that vessels can not return to Asia in certain instances in time to collect the next load of freight and use additional loaders to fill the void.

Besides, the pandemic is itself behind the east-west market rush, something that is evident in the form of goods shipped through the Pacific at the end of 2020.

The most common items, Murphy said, are furniture and home appliances between September and November, and these account for 39 percent as people grow accustomed to working on a long-term basis from home.

Some fields have seen a growth of between 20-40 percent, such as toys and electrical equipment. Murphy also said, however, that these might have represented several one-off transactions, which therefore did not suggest that consumption levels would continue as large as they are now.

Murphy went on and said that there was no longer a direct correlation in the container shipping industry between “macroeconomic fundamentals or any economic indicators” and, although it was possible to speculate, it is very difficult to predict the future with any precision.

Murphy believed that the business downturn in 2020 was the same outcome as five Chinese New Year festivals, the moment when China’s factory production ceases and the number of containers dropped, and some exchange lanes drop by 50 percent.

Container traffic on the Trans-Pacific had declined by 13% year-on-year (YoY) by April 2020 but had recovered unexpectedly rapidly and sharply.