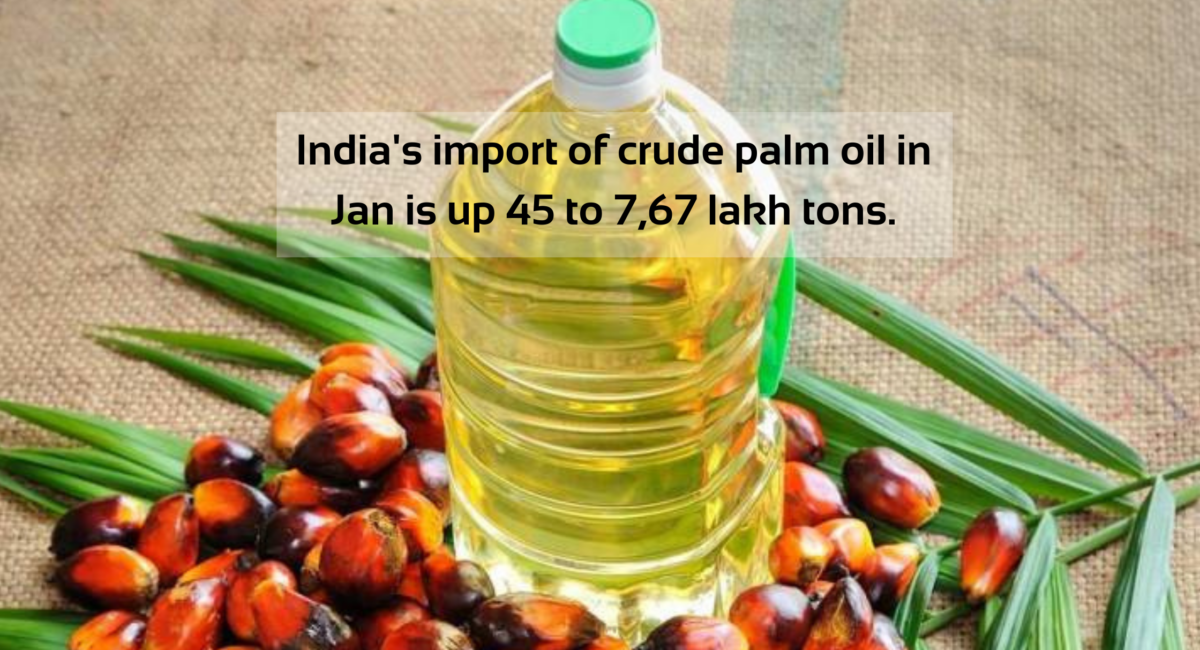 The duty on the importation of raw palm oil (CPO), which decreased from 37,5% to 27,5% on 2 November 2020, while the duty on soft oil remained unchanged at 35%, which facilitated greater imports of palm oil, added SEA.

The main suppliers of palm oil to India are Indonesia and Malaysia.

Malaysia was the largest provider of CPOs in the last month (4,97 lakh tonnes). The following were data from SEA: Indonesia (2.70 lakh tonnes).