Containership schedule reliability at the lowest level since records began. 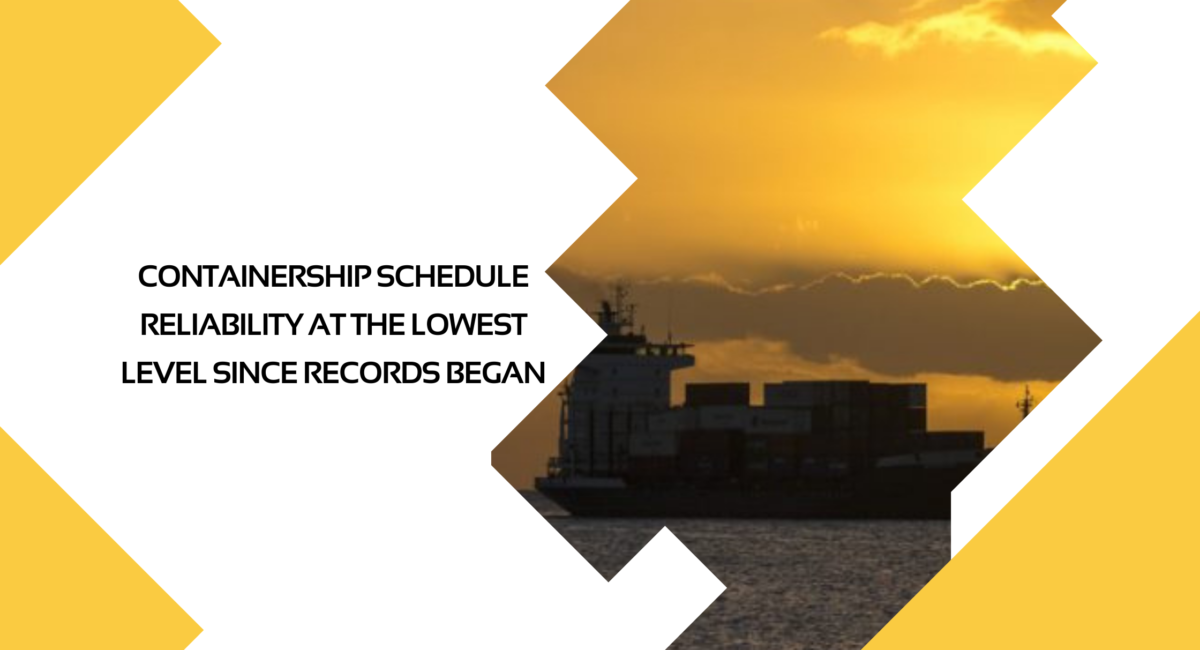 Global container service scheduled reliability has declined to its lowest levels since records began, according to new data from SeaIntelligence Consulting.

The expert’s most recent timetable dependability information for December shows only 44.6% of vessels showing up on schedule, “which means that for the fifth successive month, worldwide timetable unwavering quality has been the least across throughout the months since Sea-Intelligence presented the benchmark in 2011”.

It said December’s unwavering quality list, which covers worldwide transportation instead of a particular exchange, had declined by 31.7 rate focuses in December 2019.

SeaIntelligence Consulting CEO Alan Murphy clarified: “This droop in timetable dependability matched with the transporters’ presentation of limit on the significant exchange paths, far more than what we have seen previously.

“With proceeded with a broad port blockage, and with transporters still not letting off-limit insightful (particularly on the significant exchanges) not in any event, for Chinese New Year, transporters probably won’t see improving timetable dependability until the second quarter of 2021,” he added.